Things to do in Chalong 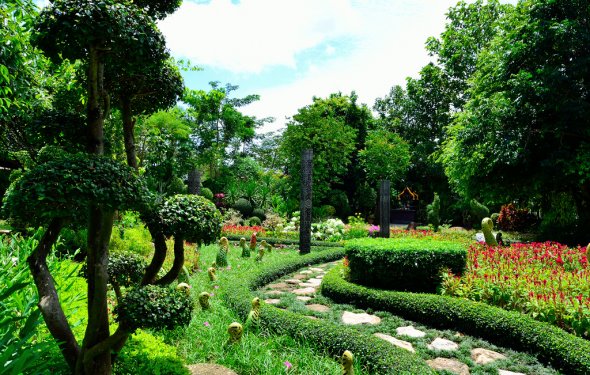 Ao Chalong is a bustling harbour on Phuket’s southeast coast and one of the island’s main launching points for dive and snorkel trips. Chalong means “celebrate” in Thai, but unlike Patong Beach, its hedonistic west-coast cousin, it’s far from being a party zone.

Chalong Bay’s coastline runs from Rawai Beach to the south and over to Cape Panwa. At the heart of the bay sits a 720-metre-long pier. With Koh Lone sitting in the middle, the bay is well sheltered and hundreds of boats from rickety longtails to sleek yachts are moored here on any given day. Being a hub for boats means the water is murky and not suitable for swimming. The beach is sandy but grimy and not appealing for a sunbathing session.

The pier and the ridiculously narrow roads leading to it are madness in the early hours and in the late afternoon when trucks and minivans full of daytrippers cruising out to nearby fight their way in and out. Avoid visiting the Chalong pier area at these times if you don’t need to be here.

In the high season months from November to May, the Tigerline ferry service, which stops at Phi Phi, Lanta, Lipe, Langkawi in Malaysia and several small islands of the Andaman in between, operates from this pier.

Some good restaurants are within easy walking distance from the pier, as well as a sprinkling of bars ranging in style from grungy to glitzy, a 7-eleven and other mini-marts, and an assortment of rooms for rent — nothing fancy. There’s a big car park with paid parking spaces at the pier entrance.

The pier itself is a favoured spot for joggers and in the cooler evening hours couples, families and teens gather and stroll along its concrete walkway.

Kan Eang @ Pier restaurant next to the pier serves Thai, Japanese and Western food while a swanky new beach club, O2, the same brand as O2 on Samui, just opened next door.

Within a short walk along the waterfront from the pier is The Lighthouse restaurant, which also has some rooms for rent upstairs. Within a kilometre further north is Kan Eang 2 and the Ao Chalong Yacht Club, the latter worth checking out if you’re keen to try some sailing. The club operates a restaurant and bar that’s open to all and it holds regular weekend races — the scene here is unpretentious.

Source: www.travelfish.org
Related Posts
Categories
Latest Stories
places to go near Phuket Use Scan QR Code to copy link and share it Join our list Love Thailand...
kata beach Phuket thailand My place is close to great views. You’ll love my place because of the views...
Manual What does a judgement mean? How to do skateboard tricks go vacation? What...
things to do Patong 1. Hit the white sand beach together Patong beach highlights a gorgeous...
Top attractions in Phuket Phuket is Thailand’s largest island. It’s a popular spot for many tourists...